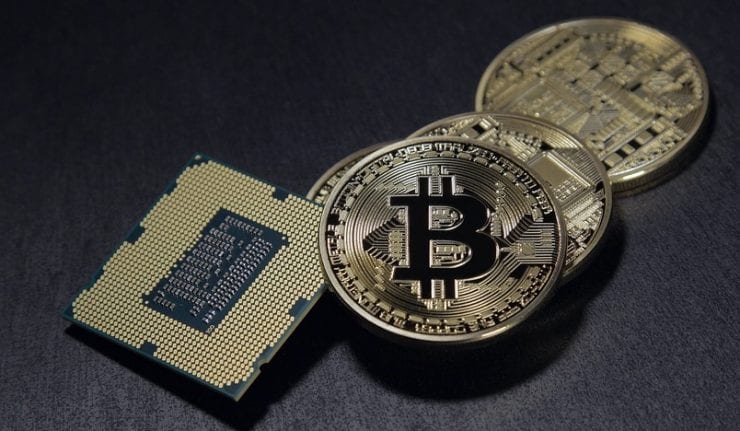 People wary about buying Bitcoin due to its wide price fluctuations, lack of intrinsic value and risk of becoming the next big bubble to burst may instead prefer to invest in companies seeking to offer new applications based on the blockchain technology that makes cryptocurrencies possible.

To gain an appreciation of the impressive potential offered by blockchain technology, I obtained an exclusive interview with Tom Forte, a senior research analyst with investment firm D.A. Davidson & Co. Forte, who focuses on consumer internet companies, told me that he boosted his price target on Salt Lake City, Utah-based Overstock.com, Inc. (Nasdaq: OSTK), to $110 a share from $85 a share on Jan. 8 due to its promising blockchain businesses.

While speaking to me by phone on Jan. 12 as he attended the Consumer Electronics Show (CES) in Las Vegas, Forte said, “As someone who has come to the CES for many years, what is missing is blockchain.”

The lack of consumer products based on blockchain technology shows its potential is just on the cusp of getting tapped. The opportunity with blockchain also indicates why Overstock.com management recently hired Guggenheim Capital LLC to explore the company’s “strategic alternatives.” The possibilities include combining its home e-commerce business with a brick-and-mortar retailer or a recapitalization.

I expect that Overstock.com’s home e-commerce business could be sold to raise capital to help fund start-up businesses the company has launched through its Medici Ventures unit. Online retail is a highly competitive business that has proven difficult for many participants to turn a profit in, and blockchain technology is a potential game changer that could produce big returns on investment.

To arrive at his $110 price target, Forte retained the same $58 per share valuation he previously placed on Overstock.com’s legacy home e-commerce business, but he raised his outlook for the company’s Medici Ventures segment to $52 a share, up from $27 a share. Forte explained that the company’s Medici Ventures holdings offer the “best portfolio” of blockchain-related assets among existing public companies.

“Years from now investors, will look back and recognize blockchain as wildly disruptive,” Forte told me.

Three potential catalysts that could propel Overstock.com’s shares upward in the next 12 months are the sale of its home e-commerce business, selling a minority interest in its tZero business following the completion of a planned initial coin offering (ICO) and investors rewarding the company by fully valuing its Medici Ventures subsidiary, Forte opined. Medici Ventures owns a portfolio of financial technology investments, including several that are based to varying degrees on blockchain.

Overstock.com’s founder and CEO Patrick Byrne’s willingness to put his company’s home e-commerce business in play shows the value and importance he places on Medici Ventures, which he described in a Nov. 8 third-quarter earnings call as his company’s blockchain-focused “venture capital arm.”

One reason why Byrne may be willing to explore a potential buyer for the home e-commerce business is that Overstock.com has raised more than $200 million in capital and lost $160 million during its 18 years of operations.

“I’m embarrassed about that,” Byrne said during his Nov. 8 earnings call. “I can look back and see where there were $80 million, $100 million mistakes, but I also look at, we’re up against folks who spilled that before their morning coffee, and yet, on this rather de minimis amount of capital compared to everyone else, we’ve built this $2 billion business with this earnings history. I don’t think that that’s been noted as much as it might have been. It’s a result of really one thing, and that is technology.”

The company’s financial results have strengthened considerably in recent times, in large part due to its technology advances. It reported gross profits of $83.7 million in the third quarter of fiscal 2017, ended Sept. 30, to mark a 5 percent gain from $79.7 million in the same quarter a year ago. Its net loss of $786,000 for the latest third quarter showed significant improvement from the $3.1 million net loss incurred for the same quarter the previous year.

To help maximize the use of its capital in the face of competitors who are better funded, Overstock.com began to develop its own technology 11 years ago until it became better than anything commercially available, Byrne said.

With the company’s management seeing its key competitive advantage as understanding and pursuing new business applications using technoloucal advances, the path down which Medici Ventures is heading fits. Byrne seems to be acknowledging that a better-funded owner may be what is needed to take Overstock.com’s home e-commerce business into a brighter future, while he and his colleagues develop blockchain-based business applications through Medici Ventures.

The shift is a huge departure from the company’s origin, considering Byrne said he used to tell people his company was a “lemonade stand with a computer in it.” The reality is that Overstock.com, at the time, could not afford to be much more than that.

In Forte’s view, Medici Ventures’ most promising blockchain business right now by far is tZERO, which he values at $49 per share, up from $25 a share in his previous assessment just months ago.

“We consider tZERO a blockchain-powered investment bank,” Forte wrote in his Jan. 8 research note. “We believe tZERO has the potential to disrupt, at least three elements of the legacy investment banking sector.”

One of the three investment banking opportunities would involve speeding settlement, in which securities or interests in securities are delivered in a simultaneous exchange for payment of money to fulfill contractual obligations. The investment banking industry standard now is T + 2 or T + 3, which means the settlement day could take as long as two or three business days after the transaction date.

Medici Ventures’ Bitt business now is valued by Forte at $3 per share, up from $0.14 a share. Bitt offers consumers a digital wallet where, in addition to cryptocurrencies such as Bitcoin, consumers use crypto fiat currencies. For example, the U.S. Treasury would be able to save on the cost of printing money or even send money digitally to welfare recipients.

Another business of Medici Ventures that Forte boosted in value is De Soto, which rose to $0.49 a share from zero. Overstock.com recently reported it invested $14 million for a 50% stake in De Soto, which intends to leverage blockchain to prove property rights for consumers in emerging markets.

Forte currently values the rest of the businesses of Medici Ventures at less than $1 a share.

While Forte’s base case valuation of Overstock.com is $110, his bullish case brings the potential to as high as $261 and his bearish case produces a value of just $34.

What Specifically is Blockchain?

Gil Luria, direct of research at D.A. Davidson, explained that to understand blockchain and Bitcoin, investors should know that the technology helps to avoid a disadvantage of transferring data through the internet. The internet moves packets using TCP/IP protocol that can be replicated and copied in unlimited supply to transfer video and other data. However, the internet is “very bad” for transferring money, he added.

Blockchain is a shared next-generation database that is secured with cryptography and hosts all the computers that participate in each network. The technology also provides a record of ownership for whatever asset is put into the database and every single transaction involving that asset. It uses tokens, which cannot be replicated, rather than the TCP/IP packets used by the internet to transmit content.

The risk of investing directly in Bitcoin is its propensity to endure large price drops. Since December 2017 to January 16, 2018, it has fallen 40% in value, particularly as regulators around the world have raised concerns about cryptocurrencies gaining widespread acceptance as a medium of exchange.

Money can be made in Bitcoin, as shown in the Forecast & Strategies investment newsletter, which recommended Bitcoin Investment Trust (GBTC), which tracks Bitcoin, and produced a short-term profit of 53%. The Fast Money Alert trading service already has produced a small profit on paper after its recommendation of Overstock.com earlier this month.

For investors, the best blockchain technology companies seem to be a much less risky bet than buying the highly volatile Bitcoin directly.

Paul Dykewicz is an accomplished, award-winning journalist who has written for Dow Jones, the Wall Street Journal,Investor’s Business Daily, USA Today, Seeking Alpha, GuruFocus and other publications and websites. Paul is the editor of StockInvestor.com and dividendinvestor.com, a writer for both websites and the columnist of the weekly Global Guruinvestment e-letter. He further is the editorial director of Eagle Financial Publications in Washington, D.C., where he edits monthly investment newsletters, time-sensitive trading alerts, free e-letters and other investment reports. Paul also is the author of an inspirational book, “Holy Smokes! Golden Guidance from Notre Dame’s Championship Chaplain” (www.pauldykewicz.com), with a foreword by former national championship-winning football coach Lou Holtz.