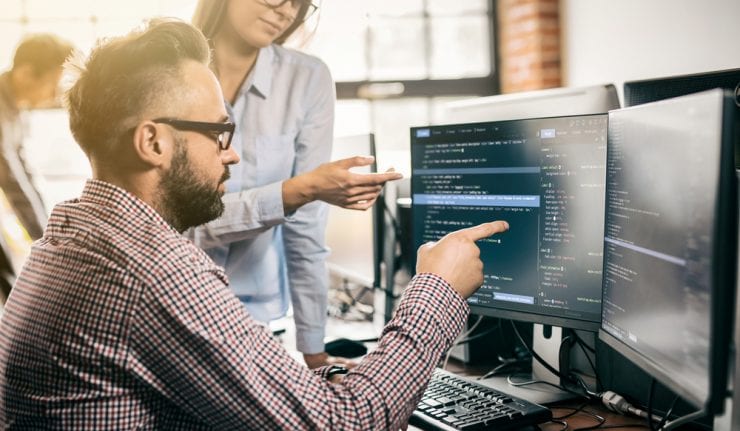 Business development companies (BDCs) should benefit significantly from the new federal tax law that slashes the corporate tax rate to 21 percent from 35 percent.

One way to invest in an array of BDCs is by purchasing shares in VanEck Vectors BDC Income ETF (BIZD), an exchange-traded fund (ETF) that is designed to track the performance of such equities. Improved conditions in the business development sector led Jim Woods, editor of the Successful Investing newsletter, to recommend BIZD recently.

The new federal tax law passed in December should be positive for BDCs, confirmed Meredith Larson, product manager at VanEck. However, rising interest rates and U.S. government bond yields have hurt BDCs and the markets amid fears of inflation.

BDCs are structured to navigate any rise in interest rates, since more than 80 percent of their debt portfolios typically are floating rate and most of the debt is senior secured, which should offset some of the “negative impact” of further interest rate hikes, Larson said. BDCs also limit their exposure to more “volatile sectors,” such as energy, compared to others, she added.

As the chart below shows, BIZD has pulled back slightly in 2018 but started ascending again since closing at $15.74 a share on Feb. 5 in the wake of a market correction. However, its share price is starting to recover and may now be offering a chance for investors to purchase the fund at a discount. 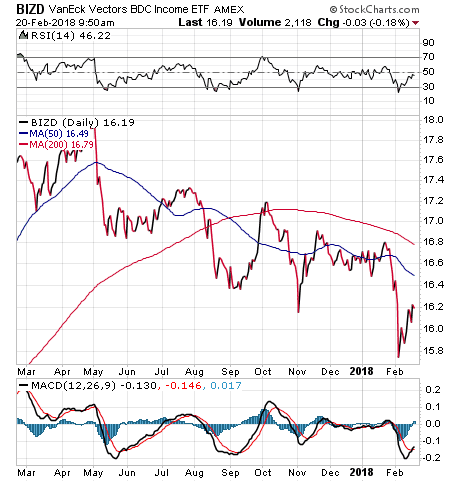 Another appeal of the ETF is that it currently pays a yield of 9.27 percent. It also holds 27 BDCs, although 20.67 percent of its assets are in a single position, Ares Capital Corp. (NASDAQ: ARCC). The fund’s top 10 holdings are listed below. 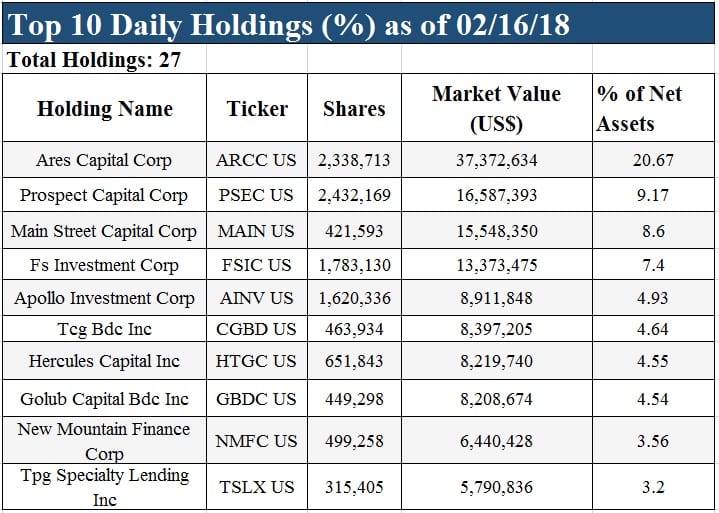 Woods cautioned subscribers in the March issue of Successful Investing to shift exposure in U.S. stocks out of “bond proxy” sectors, such as utilities, consumer staples, real estate investment trusts (REITs), master limited partnerships (MLPs)  and health care, while moving into “reflation” sectors such as banks, industrials, small caps and value funds. I asked Woods whether BDCs also could be a bond proxy, interest-rate-sensitive market segment that will face headwinds as yields rise.

“I think technically speaking, BDCs are considered bond proxies,” Woods replied. “But that doesn’t mean they aren’t good places to be right now. If we consider that income investors still need yield, as well as share-price appreciation, then BDCs offer a good option — not as good as dividend stocks, but better than REITs and energy MLPs.”

The 9-percent-plus yield of BIZD is pretty difficult for most dividend-paying stocks to match. A good argument can be made for including BDCs in one’s portfolio, especially for investors who want income.

Another plus is that the fund has a modest expense ratio of only 0.41 percent, which is “very low” compared to many other specialized ETFs, Woods said. While the fund’s “net expense ratio” is listed at 9.67 percent, that number reflects the expense ratios of the underlying BDCs in the fund, not what BIZD charges, he added.

To describe how BDCs differ from typical lenders, I turned to Christopher Testa, an equity research analyst who follows the sector for National Securities Corporation (NSC).

BDCs came out of the Investment Company Act of 1940, which regulated companies that primarily are engaged in investments and gave them beneficial tax treatment, as long as they distributed 90 percent of net operating income, Testa explained. In 1980, Congress created specific business development company legislation to spur investment in middle-market companies in the United States, he added.

“All else held equal, the majority of the sector will benefit from rising rates,” Testa continued. “Now, you get what you pay for. There is a reason why the average yield in the BDC sector is roughly 10 percent, based on NSC research, because making corporate loans that are 6 to 5.5 times leveraged, compared to banks making a two-times leveraged revolver, does entail significantly more risk.”

BDCs must have 70 percent of their assets in “qualifying investments,” which are loans to small- and middle-market enterprises, Testa said. BDCs face limits for investing in real estate, online lending and collateralized loan obligations, he added.

In addition, BDCs trade as closed-end funds (CEFs) with a finite number of shares outstanding. As a result, individual BDCs either can trade at a premium, when the market price exceeds net asset value (NAV) total returns, or a discount, if a fund’s share price lags NAV total returns.

BDCs currently average a discount of 15.45 percent, allowing investors to buy many funds whose share prices are less than their NAV total returns.

One reason for the discount could be that investors “do not trust” NAVs fully, since management may not mark the value of assets accurately enough, Testa said. A second reason why certain BDCs might trade at discounts is because of high non-accruals, underperformance and investments in collateralized loan obligations, collateralized loan obligations equity, online loans and real estate, he added.

“Those factors together are usually what creates significant discounts,” Testa said. “Now, if you look at the BDCs trading at premiums, they’re usually boring in the sense that they are just making middle-market loans. They’re doing what they should be doing. They have prudent capital management. They have lower fee structures. And they have a track record of consistently marking the book as it should, and usually a stable-to-increasing NAV per share.”

For investors who want to collect a 9-percent-plus dividend yield without needing to assess why certain BDCs trade at a discount or a premium, BIZD could be worth considering. 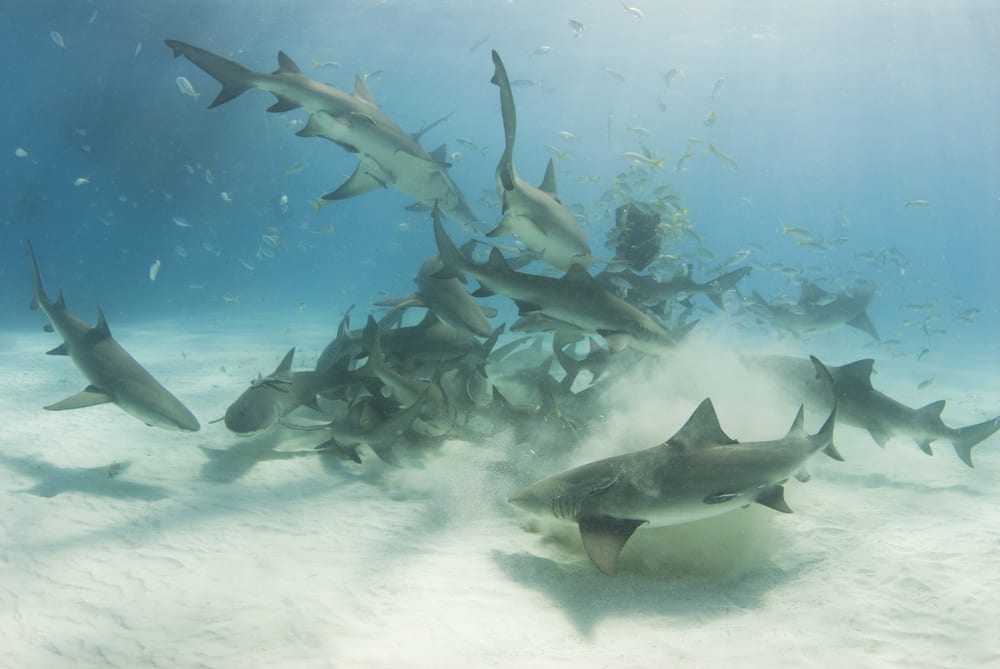 Income investment expert Bryan Perry shares with us how investors are taking advantage of the market correction.