The Swiss franc is the national currency of scenic Switzerland, a country that is known for its neutrality in international conflict, for its clockwork-like efficiency and for its reputation as a safe haven for protecting assets.

Investors who are extremely wary about the volatility of the stock market may opt to try to safeguard some of their money by purchasing Swiss francs through an exchange-traded fund (ETF), such as PowerShares CurrencyShares Swiss Franc Trust (NYSE:FXF). However, currency investing is a zero-sum game in which one form of money rises at the expense of another, so the usually modest gains and losses of currencies typically are fairly minor compared to the wide swings that can occur in a topsy-turvy stock market.

Unlike the U.S. dollar, which has been trending up in recent weeks, the Swiss franc has been losing value lately. The retreat of the “Swissie,” the nickname for the currency not only of Switzerland but of neighboring Liechtenstein, had “gone largely unnoticed” by the market, particularly against the backdrop of rising tensions around global trade and protectionist policies of industrialized countries, according to a recent Bank of America research report.

Is the Swiss Franc Currently Overvalued?

The PowerShares CurrencyShares Swiss Franc Trust, currently regarded by Bank of America as overvalued, is designed to track the price of the Swiss franc, which further serves as the currency of the accounts of Switzerland’s central bank, known as Swiss National Bank. The fund is rebalanced quarterly. 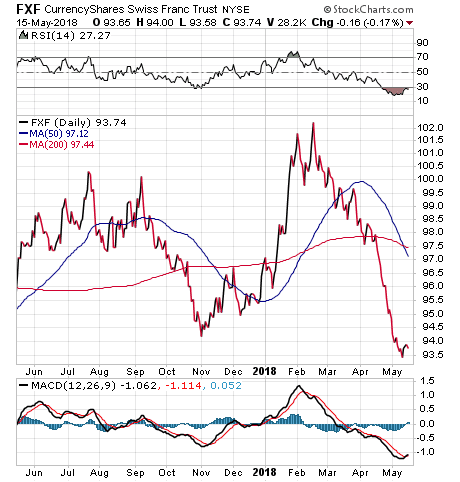 In times of turmoil and war, the Swiss franc is considered the ultimate safe-haven currency. Fortunately, such dire conditions currently do not exist, so the appeal of the Swissie seems akin to knowing where to seek shelter in a severe financial storm rather than a place to put money now.

In fact, the Swiss National Bank board members have shown “little appetite” to prevent further devaluation of the Swissie, according to Bank of America. The country’s economic growth is forecast at 2 percent this year and is projected to fall short of the estimated 2018 U.S. economic gain of close to 3 percent.

Interest rate hikes by the Fed and stronger growth in the United States than in Switzerland and most other developed economies are key factors that should help the U.S. dollar strengthen further in the months ahead.

Rich Checkan, president and chief operating officer of Asset Strategies International, a full-service tangible asset dealer in Rockville, Maryland, said the U.S. dollar is showing the best near-term strength, even if the long-term outlook for its valuation is not as bright as the Swiss franc’s.

“The Swiss franc is always a consideration for me when looking at alternative currencies to the U.S. dollar,” Checkan said. “Unlike the confusion reigning currently at the European Central Bank with regards to the euro’s direction, the Swiss have done a masterful job, for decades, of managing their inherently strong currency despite challenging global economic conditions. Effective management is all too often not associated with modern fiat currencies. The franc is a notable exception.”

Set Goals and Have a Plan

Despite Checkan’s favorable view of the long-term value of the Swiss franc as an alternative to the U.S. dollar, he cautioned that investors always should set goals and have a plan before buying any assets.

If an investor’s goal is short-term trading, Checkan recommended choosing one or two currency pairs, at most, and becoming an expert in them.

“Study them,” Checkan said. “Track them. Be informed as to all aspects of the economies of the issuing countries and do this over a meaningful period of time. Then, and only then, should you consider trading them.”

If an investor’s time horizon is long-term diversification into assets denominated in specific currencies as a hedge against the U.S. dollar, the investor should avoid the trap of “chasing a yield” on an investment and buying it for that reason, Checkan cautioned.

“Rather, choose a strong currency, with the potential to appreciate versus dollars first, then look for worthwhile investments based in that currency,” Checkan said. “Too many people do this backwards.”

Jim Woods, who writes the Successful Investing and Intelligence Report advisory services, monitors the currency funds and provides his subscribers with weekly updates and recommended exit prices for each position he advises buying. Woods is not a current buyer of the Swiss franc but he is monitoring it.

‘Swissie’ Is a Safe-Haven Currency

“The ‘Swissie’ (FXF) is a good place to be during times of geopolitical turmoil, so if an investor is worried about rising tensions in North Korea, Iran, Israel, etc., then this is a ‘safe-haven’ currency,” Woods said.

For investors who believe in the Wall Street maxim of “sell in May and go away,” an investment in a currency fund offers a way to diversify assets away from equities. Even though the Swiss franc may have further slippage ahead, it remains a favorite alternative for many investors to the U.S. dollar, and those who are patient may find the Swissie ripe for speculators to buy again whenever it starts to trend back up. 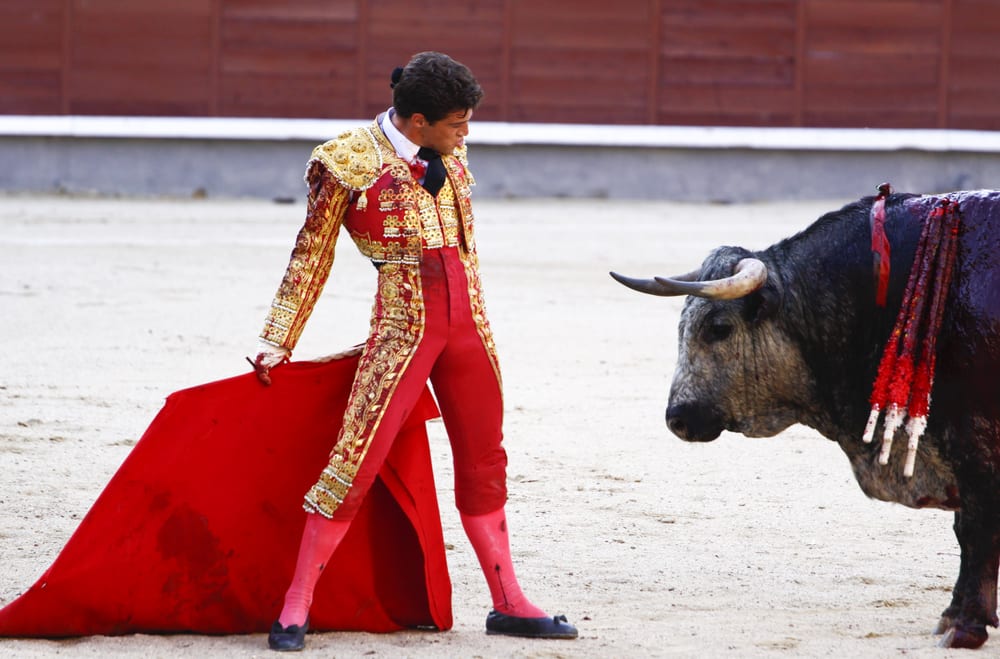