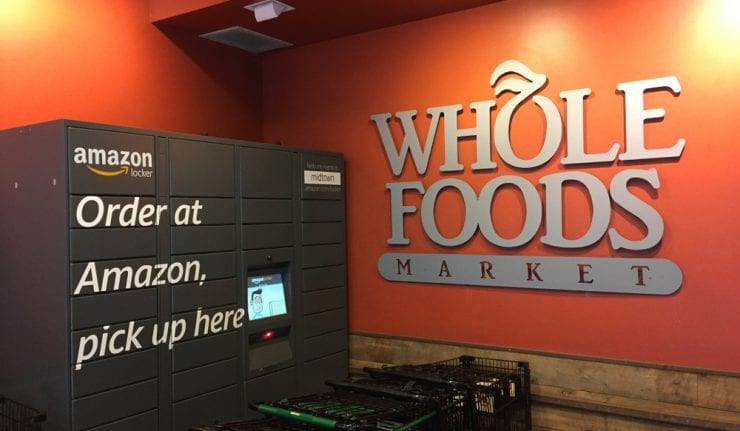 John Mackey, co-founder & CEO, Whole Foods Market, shared his model portfolio for busy investors recently and identified Amazon.com, Inc. (Nasdaq:AMZN), the Seattle-based online retail giant, as one of his favorite stocks and affirmed he liked the company long before it bought his organic grocery chain for $13.7 billion in August 2017.

Mackey praised legendary value investor Benjamin Graham, the mentor of Berkshire Hathaway (NYSE:BRK-B) Chairman Warren Buffett, for identifying and buying undervalued stocks before the strategy gained respect. The words of admiration for Graham and Mackey’s description of Buffett as possibly the greatest of all time (GOAT) among top investors reveals a risk-averse philosophy that could form the makings of a portfolio suitable for widows and orphans.

Buffett’s preferred holding period for any good business he buys through his Berkshire Hathaway parent company is “forever,” Mackey said.

Sell to optimists, buy from pessimists

One of Graham’s quotes that I like the best as a reflection of Mackey’s diversified, long-term investing style is to be a realist who “sells to optimists and buys from pessimists.” Anyone who pursues that approach to investing could be regarded as a value investor who seeks to buy good stocks at modest prices that seem destined to rise.

Mackey shared his model portfolio at the recent Fast Money Summit on July 14 in Las Vegas with some of the more than 1,900 attendees who participated as part of the annual FreedomFest conference.  His presentation, “Investing on the Run: How I Became a Successful Part-Time Investor Running a Full-Time Business,” offered good advice for any busy person who is trying to protect and grow his or her savings. 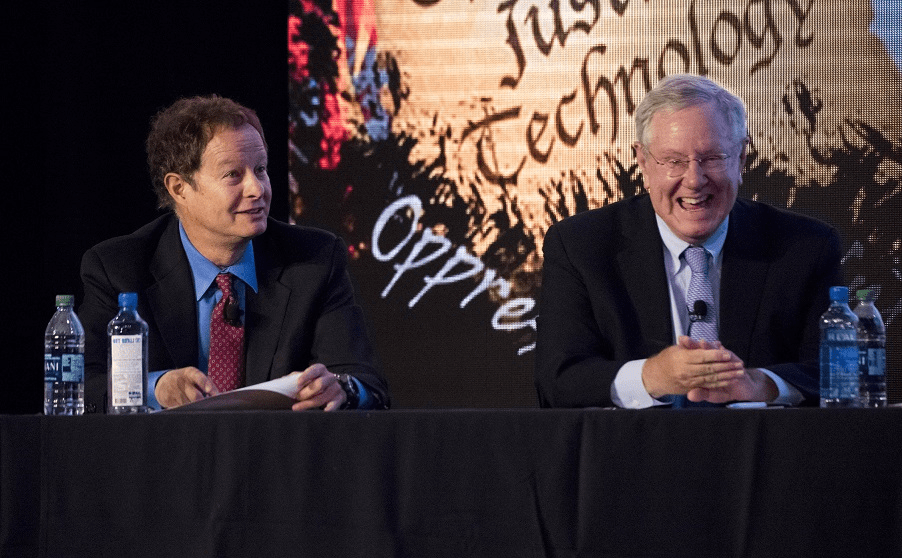 John Mackey, left, with Steve Forbes at FreedomFest in 2016.

A key point that Mackey shared and documented with supporting data is that stocks outperform all other investments in the long term. Not only did he invoke the names and strategies of Graham and Buffett to back his conclusion, but he cited other value investors such as Charles Munger, vice chairman of Berkshire Hathaway, and John Bogle, founder of Vanguard Funds and the creator of the first index funds.

“Charlie Munger was a big fan of Benjamin Franklin,” the scientist, diplomat, inventor and Founding Father of the Untied States who was known for thriftiness, Mackey said.

In contrast to people who seek excitement from activities such as investing or gambling, Mackey said he is not among them. Nor does he like to pay stock brokers “big fees,” he added.

“I prefer stocks to real estate, personally,” said Mackey, who famously has received a salary of $1 a year without collecting any bonuses or stock options since 2007. In fact, Mackey only collected an additional $8 million when Amazon bought Whole Foods, but he is not complaining.

“I don’t need to work,” Mackey told his audience. Forbes magazine estimated in June 2017 that Mackey’s net worth is in the range of $76 million.

When asked if he had any children, Mackey said he had none other than his 500 Whole Foods stores.

“I loved Amazon long before Whole Foods was acquired,” Mackey said. For the most part, Amazon is introducing technology advances to Whole Foods but letting the previous management team continue to lead it, he added.

“Mergers are like getting married,” said Mackey, who added it has been a good union thus far as the grocery chain’s sales are rising and the prices of some staple foods have fallen.

Mackey, who coined the phrase conscious capitalism and wrote a book about it as a way to pursue business ethically, said he “loves entrepreneurs” and dislikes risking money on “speculation.”

“I’m not an expert on cryptocurrencies,” Mackey said. As a result, he tries to stick to investing in businesses that he knows and understands. Investing is best done with “knowledge, discipline and patience,” he added.

“When you invest in a stock, you really are investing in a business,” Mackey explained. In the grocery business, capital is used to produce profits, to reinvest in new stores, to compound the return and to grow, he added.

“While not firing on all cylinders, we believe Amazon is doing enough things well with promising efforts in categories that can move the needle, even for a company of its size, to warrant continued investment by shareholders,” Forte said.

Forte put a 12-month price target of $2,100 on the stock, based on his discounted cash flow analysis, including a long-term adjusted earnings before interest, taxes, depreciation and amortization (EBITDA) margin forecast of 20 percent this year compared to 11.1 percent last year. With Amazon’s share price closing at $1,829.24 on July 24, the company is therefore projected to produce capital appreciation of 14.8 percent in the next 12 months. While investing in acquisitions and growth, Amazon currently pays no dividend.

D.A. Davidson projects 39.5 percent second-quarter sales growth for Amazon to reach $52,940 million, which is slightly lower than the consensus projection of $53,379 million but higher than the midpoint of management’s guidance range of $51,000-$54,000 million. Amazon’s sales have topped the consensus forecast the past five quarters and 11 of the past 13.

As far as second-quarter profitability, Forte forecasts GAAP operating income of $1,874 million, which is higher than the consensus figure of $1,705 million and near the high end of management’s guidance of $1,100-$1,900 million. The company’s earnings performance has topped consensus estimates the past three quarters and 10 of the past 13. He also forecasts GAAP earnings per share (EPS) of $2.79 compared with the consensus of $2.48.

Amazon is scheduled to report its second-quarter results on July 26, when its management team also will hold a call with analysts. Forte indicated he will be listening for feedback about the company’s much-publicized outages at the start of its Prime Day mega sale on July 16-17, updates about the transformation of Whole Foods to Amazon Foods, including offering Prime members additional discounts when they shop there and participate in a Prime Day sale for the first time, input about the early performance of its private-label products and details about the acquisition of PillPack to beef up its pharmacy offerings.

Amazon also is a current recommendation of Mike Turner in his Signal Investor advisory service that uses a mathematical and rules-based computer program to capitalize on the market’s upside and to protect against losses on the downside. The position has soared 8.24 percent between its recommendation on June 6 and the close of trading on July 24.

It turns out that Mackey’s value investing approach resembles the strategies of great investors such as Graham, Buffett, Munger and Bogle. For investors who like the idea of following that kind of advice, Mackey has shown his strategy has worked for him and it may serve others well, too.

10 Health Care Stocks to Buy Amid the COVID-19 Recovery