I Got Those Low Down, April 15 Blues 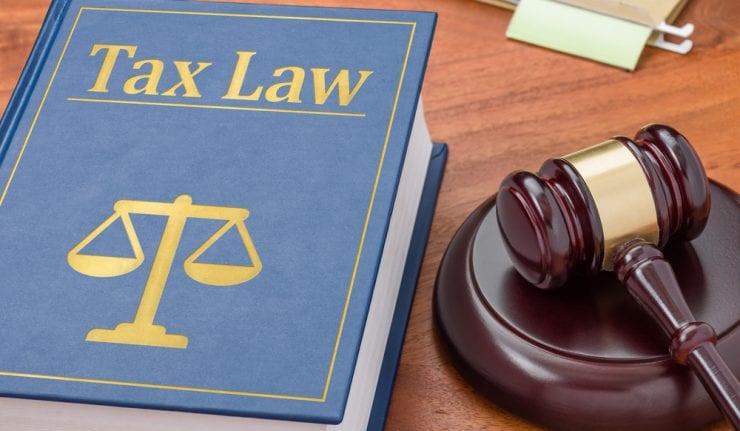 So, did it sting this year more than ever before? Did you get hit with an unexpectedly bigger tax bill? I know I had to pay just a little bit more to help fund the federal leviathan this year, and I’m not alone.

According to the Internal Revenue Service statistics, the average tax refund is down 8.7 percent from this time last year. That readjustment has come after the biggest tax law changes in decades. While the IRS doesn’t offer figures about what people owe, I think it’s safe to assume that many Americans have been hit with an unexpectedly higher tax bill than they’ve seen in many years.

So, since all of our tax payments are due in less than a week, I thought I’d offer up a few thoughts and suggestions (both serious and musical) on the subject.

Now, you might argue that taxes are just the price we pay for society. But as my friend, economist extraordinaire and Fast Money Alert co-editor Dr. Mark Skousen writes, “Taxation is the price we pay for failing to build a civilized society. The higher the tax level, the greater the failure. A centrally planned totalitarian state represents a complete defeat for the civilized world, while a totally voluntary society represents its ultimate success.”

The profundity here should be obvious to anyone who has even a passing acquaintance with the principles of liberty. And while the idea of a “voluntary society” may seem foreign to those of us who’ve lived most of our lives in post-New Deal America, all one needs to do is dig a bit deeper under a surface that says, “Well, that’s just the way it is.”

Another beautiful advocate for freedom is philosopher and novelist Ayn Rand. While Rand is most famous for her two masterful works of fiction, “The Fountainhead” and “Atlas Shrugged,” she also wrote brilliant non-fiction, particularly in the realm of principled politics and the way a free society should be funded.

Here’s an excerpt from Rand on the subject of voluntary society from her essay, “Government Financing In A Free Society”:

“In a fully free society, taxation — or, to be exact, payment for governmental services — would be voluntary. Since the proper services of a government — the police, the armed forces, the law courts — are demonstrably needed by individual citizens and affect their interests directly, the citizens would (and should) be willing to pay for such services, as they pay for insurance.”

Rand was of the opinion that the principle of voluntary government financing, while not an easy task to implement, is the only consistent and moral way to structure a free society’s funding. Of course, the key here is establishing a “free society,” i.e. a society where government plays only a minor role in the lives of its citizens.

We’re far from that today, sadly, and we all realize that every April 15. Yet the necessary, although not sufficient, condition for getting that change started is to first realize that the principle of confiscatory taxation backed up by the government’s monopoly of physical force is inconsistent with, and anathema to, freedom.

Okay, so much for the political philosophy portion of our program. Now let’s have a little April 15 musical cheer to lighten things up.

As you likely know, there are a lot of good “tax songs” in music history. Perhaps the most famous is “Taxman” by The Beatles. Here’s my favorite lyric from the classic:

If you drive a car, I’ll tax the street

If you try to sit, I’ll tax your seat

If you get too cold, I’ll tax the heat

If you take a walk, I’ll tax your feet…

Other great tax songs include “Success Story” by The Who. Here are my favorite lyrics:

Away for the weekend

Six for the tax man, and one for the band…

And then there are these great lyrics from country icon Johnny Paycheck and his tune, “Me and the IRS.”

Well how can I keep my arm around my woman

With Uncle Sam’s hand in my pants

If I can’t pay the fiddler, how the hell am I gonna dance?

Now if that lyric didn’t give you a little smile this tax season, I don’t know what will.

A Soul in Bloom

“If you’ve never been thrilled to the very edges of your soul by a flower in spring bloom, maybe your soul has never been in bloom.”

I receive a lot of quotes from readers for use in The Deep Woods, and most of them are fantastic. Today, I wanted to single out a quote I received from reader Angela N., as it’s one of the most beautiful sentiments I’ve ever read.

The way I see it, this thought speaks to the power of marveling in what is seemingly ordinary but is actually extraordinary when you get down to the science behind it. Another way to put it is that when you look at anything in this beautiful world, always try to look at it through the prism of principles. And, always try to peel the onion skin of meaning down another layer. Doing so will make things just that much more beautiful, and it also will help your thinking evolve into a thing of beauty.