Becton Dickinson Stock Recovers from 2018 Correction, might be Poised for Continued Growth (NYSE:BDX) 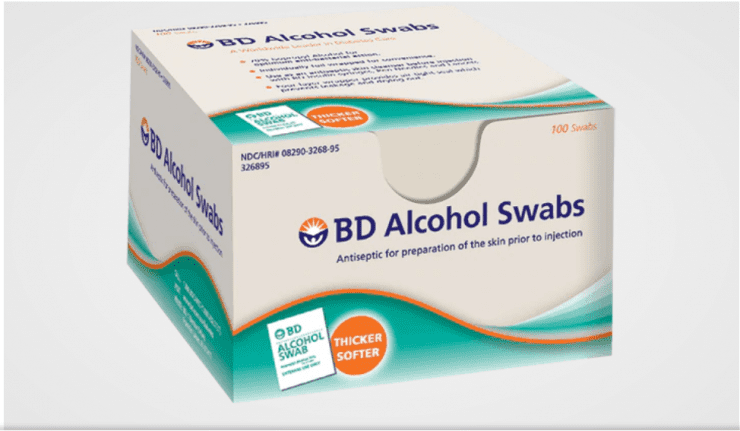 Investors seeking some protection from market volatility might look toward companies with stable growth and solid future prospects, such as Becton Dickinson & Co (NYSE:BDX), which delivered a total return on its shareholders’ investments of nearly 50% over the past three years.

Furthermore, after some volatility and two separate double-digit-percentage pullbacks over the last year, the share price has fully recovered those losses and appears to be back to its long-term growth trendline. This long-term uptrend saw the share price double over the past five years.

While declining 27% in the aftermath of the 2008 financial crisis, this stock drop was significantly less drastic than what many other equities experienced in the same timeframe. However, while the drop was not as large, the recovery was also slower than other equities. Unlike many other stocks that recovered fully from the negative effects of the 2008 financial crisis within 12 to 18 months, Becton Dickinson’s share price traded relatively flat and managed to recover only half of its losses over the subsequent three years.

The company started paying dividend distributions in 1926 and has boosted its annual payout amount for the last 47 consecutive years. Just over the past two decades, Becton Dickinson enhanced its total annual dividend amount more than nine-fold. This level of advancement corresponds to an average growth rate of 11.6% per year since 1999. While growth rates generally decline as the total payout amounts rise, Becton Dickinson managed to maintain an average growth rate of 5.7% over the past five years.

The current $0.77 quarterly payout amount corresponds to an annualized distribution of $3.08, which is equivalent to a 1.22% forward dividend yield. Because the share price more than doubled over the past five years and the annual dividend payouts rose at a significantly slower pace, the current yield is more than 11% below the company’s own 1.38% five-year average yield.

Furthermore, Becton Dickinson currently has the second highest yield in the Medical Instruments & Supplies industry segment, which is more than triple the segment’s current 0.39% yield average. Moreover, even compared to the 0.77% average yield of the segments only dividend-paying companies, the Becton Dickinson yield is 60% higher.

After tripling between the end of 2012 and the beginning of the current 12-month period, the share price reached its all-time high of $264.38 on October 1, 2018. However, the Becton Dickinson stack was unable to withstand the downward pressure from the overall market selloff in the last quarter 2018. Under that pressure, the share price dropped more than 20% between the beginning of October and its 52-week low of $251.38 on December 24, 2018.

The share price reversed trend and regained nearly 80% of its losses before suffering another pullback in April 2019. However, the share price resumed its uptrend and closed by August 19, 2019, at $251.48. While still nearly 5% short of the all-time high level from October 2018, the August 19 closing price just edged out the $251.35 closing price from one year ago for a marginal gain. However, the current closing price is nearly 20% higher for the current year, as well as 115% higher than it was five years ago.