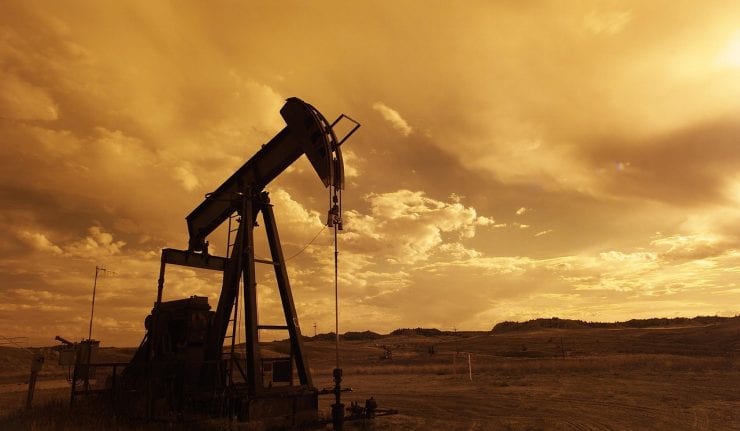 When the United States used to import more than 60% of the crude oil necessary to run the domestic economy, the price of oil had a huge impact on the rate of gross domestic product (GDP) growth and the consumer. As a nation, we were very much at the mercy of OPEC and other exporting nations. There were times in the early 1970s when gas lines would extend for a mile from filling stations amid big shortages and sky-high prices.

Today, the United States still imports about 9.9 million barrels per day (MMb/d) from roughly 86 countries, with Canada accounting for 4.3 MMb/d and OPEC only 2.9 MMb/d. At the same time, the U.S. now exports 7.6 MMb/b to 190 countries, the vast majority being refined petroleum products. In 2018, U.S. net imports (imports minus exports) of petroleum from foreign countries averaged about 2.34 million barrels per day, equal to about 11% of U.S. petroleum consumption. This was the lowest percentage since 1957. The balance of power within the global energy market has greatly shifted as U.S. production has rapidly increased during the past decade.

The recent drone attacks on Saudi Arabia’s oil fields caught the world’s energy market off guard in that not only did the 18 drones and seven cruise missiles take half of Saudi Arabia’s production capacity and 5% of the world’s daily oil production off line, it did so with relative ease that caused significant damage. Flying under the radar to release such widespread damage clearly revealed how alarmingly vulnerable global oil production is to smart weapon technology.

The well-coordinated attacks hit 19 targets in pin-point fashion with separation towers as the primary hits. Whoever programmed the GPS coordinates on the bomb-laden drones and missiles did so with high-level precision. Saudi Arabia on Friday revealed extensive damage from the strikes on state giant Aramco’s facilities in Khurais and the world’s largest oil processing facility at Abqaiq. As of this writing, the evidence points to Iran, which led to a further tightening of sanctions.

Oil prices spiked by nearly 15% and was the biggest jump in 30 years. The price of WTI crude shot up from $55 to $62.80/bbl in reaction to the attack. But when compared to other oil shocks, the move came from modest levels and thus didn’t have the economic impact if this attack would have happened in late 2014 when crude was trading above $93/bbl. However, another attack of this scale or series of attacks on oil producing assets could wreak havoc in global energy markets and throw the global economy into recession.

The attack once again illustrates the fragile nature of geo-political stability in the Middle East, even with all the hundreds of billions of dollars of firepower the United States has sold and installed in Saudi Arabia. WTI crude settled back and closed at $58/bbl as of last Friday after the Saudis stated they would be back at full production by the end of September. But I suspect the rising tension with Iran is only going to keep oil prices elevated.

With Saudi Aramco now looking to take the company public, the secrecy surrounding its production and reserves has been made public — which claims about 3.8 million barrels per day (bpd) of production. By comparison, the Permian Basin located in western Texas is producing over 4.2 billion bpd, making it the world’s most productive oil field. The Permian Basin covers more than 86,000 square miles.

As of 2018, the Permian Basin accounts for 30% of U.S. crude oil production and 7% of U.S. dry natural gas production. While production was thought to have peaked in the early 1970s, new technologies for oil extraction, such as hydraulic fracturing and horizontal drilling, have increased production dramatically. It is forecast that production from the Permian will exceed 8 million bpd by 2024.

Production in the Permian Basin in booming. Both ExxonMobil and Chevron will each be producing one million barrels per day by 2023. And while there is no shortage of oil and gas, there is a shortage of pipeline capacity to carry the oil and gas from the field to the refineries and export terminals. To remedy the situation, three new major pipelines are just beginning to deliver product that will support the transfer of more than two million barrels per day. They include the 900,000 bpd EPIC pipeline, the 670,000 bpd Catcus II pipeline and the 800,000 bpd Grey Oak pipeline.

The obvious winners in the acceleration of the pipeline buildout in the Permian are many of the midstream companies structured as Master Limited Partnerships (MLPs) that issue widely unpopular K-1 tax statements that can make for some accounting headaches and higher tax preparation expenses. However, some energy infrastructure ETFs exist that convert all the K-1 related income, depreciation and depletion allowances into 1099 income that is reported as common dividends.

Exchange-traded funds (ETFs) that replace K-1 income with a nice neat 1099 are the way to go for income investors seeking to get in on the U.S. energy boom. A few of the most widely traded are the Alerian MLP ETF (AMLP) with a 8.17% yield, Global X MLP ETF (MLPA) that pays 8.43% and Kayne Anderson MLP/Midstream Investment (KYN) that sports a yield of 9.66%. In fact, there are roughly 35 ETFs and closed-end funds (CEFs) that offer some hefty yields and take care of converting the K-1 distributions into 1009 qualified dividends.

Leave no doubt, the energy infrastructure sector has sorely lagged the S&P 500 and other income producing sectors like utilities and real estate investment trusts (REITs) for the past five years. And yet the fundamentals of the domestic oil market have improved to where most of the leading energy infrastructure companies are seeing their distribution coverage climb to levels approaching 2x payouts. At some point, these fat yields and improving balance sheets make for a much more attractive investment theme, one that might be developing sooner than later.

Speaking of fat yields, I have a new recommendation that’s perfect for income seekers of every stripe. Not only does it pay a nearly 9% annual yield… you get a payout every single month. Click here to learn all about it.

It’s been a gruesome summer for Big Cannabis. We’ve discussed the paradoxical drag on the stocks from multiple angles, but their pain essentially revolves around a mismatch between supply and demand. Demand is not the problem. Deregulation has opened up vast legal consumer markets for cannabis growers who previously had to skulk around state lines in order to sell their products. The problem isn’t even the number of growers chasing a slice of that market. Barriers to entry are relati