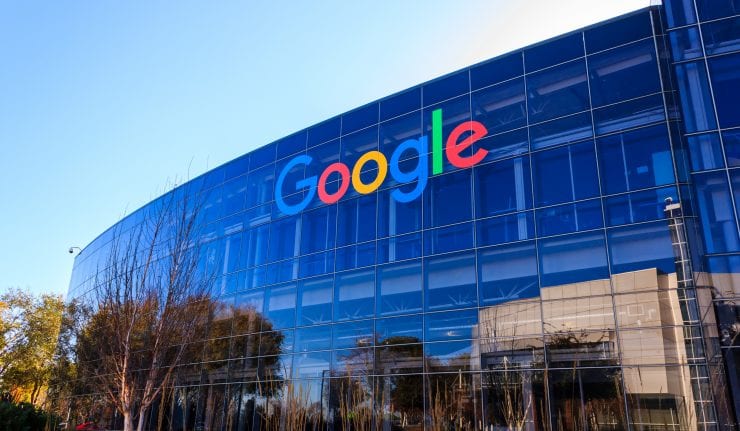 In a world where most companies need to achieve at least $1 billion in market capitalization just to get Wall Street’s attention, very few ever ascend the $1 trillion level, and arguably even fewer should.

Apple Inc. (NASDAQ:AAPL) and Microsoft Corp. (NASDAQ:MSFT) are now cozily entrenched in the $1 trillion market-capitalization stratosphere. It would take a 20-35 percent market crash to strip them of that honor.

But Amazon.com Inc. (NASDAQ:AMZN) repeatedly has tried and failed to cross the $1 trillion line. Jeff Bezos, Amazon’s founder, chief executive officer and president, just doesn’t seem ready to stop spending most of his profit on new ventures, which leaves the stock stalled below $2,000 a share.

And now, Alphabet Inc. (NASDAQ:GOOG) is trying to join the $1 trillion market-capitalization club. I was surprised to see it reaching for records.

After all, when it comes to the elite and large high-tech stocks, GOOG is the one that I most often ignore. It’s big, but boring.

Unlike AAPL or MSFT or even Facebook Inc. (NASDAQ:FB), earnings growth here already has hit a wall. I expect GOOG’s 4Q19 earnings report will tell a story more like AMZN than any of those other Silicon Valley giants: dynamic revenue and sluggish profit.

That’s what we want from a tiny start-up company eager to disrupt the world. When you have $1 trillion riding on your future, the start-up math no longer looks so attractive or even sustainable.

Admittedly, GOOG rakes in a staggering amount of money from online advertising. But 80 percent of that cash goes right back out before it registers on shareholder screens, leaving the company less profitable than its market capitalization normally would imply.

GOOG at $1 trillion market capitalization commands a multiple of 27X 2020 earnings. If the business plan shifted to simply distribute those earnings to shareholders, it would take until the late 2040s to pay off the principal, much less pay any dividends above that.

Annualized and compounded, that’s only a 2.5 percent theoretical yield, which is barely keeping up with either inflation or Treasury bonds. Luckily, GOOG is also expanding, so what looks like 27X earnings now should be much more attractive in decades to come.

We pay a premium for companies with accelerated expansion prospects because we know they’ll grow into their multiples faster than the market as a whole. Then, when growth hits a wall and the time finally comes to pay shareholders back, we see that it was all worthwhile.

The problem is that GOOG is growing fast, but not fast enough to really justify its price. Right now, the profit pool is swelling at an annualized rate of 16 percent.

A year from now, we might have to put up with 14 percent growth. By 2023, GOOG may struggle to give us more than 10 percent.

And if my projections are right, GOOG still needs to command a 17X multiple to justify even its $1 trillion scale, much less give shareholders any appreciation in the meantime. That’s not a cheap stock. Historically, it’s a little more than what the market is willing to pay.

Consider what history tells us about GOOG. I think a lot of people still think of this as the upstart “Yahoo Killer” that changed the search engine business forever and broke the rules when it went public in 2004.

But we’re a long way from there. A few years after GOOG went public, the company already was worth more than $400 billion before the 2008 crash.

At that time, investors lined up to pay the equivalent of 100X earnings for these shares. It was worth it then. Profit doubled here between 2007 and 2009 and then never looked back.

The intervening decade has been a great ride for shareholders. If you bought in at $300, I would not recommend liquidating until the ride ends.

I just wouldn’t buy this stock this close to $1,500 and expect it to double again between now and 2030. There just aren’t that many ad dollars.

Don’t despair. I’ve launched a new IPO service that focuses exclusively on the newest kids on Wall Street, the sharpest and brightest of the “baby FANG” stocks for the decade to come. Subscribe to learn about the next potential Facebook, Apple, Netflix (NASDAQ:NFLX) and Google/Alphabet opportunities.

Join me for the Orlando MoneyShow, Feb. 6-8, at the Omni Orlando Resort at ChampionsGate. I will be speaking on Friday, Feb. 7, 3:00 p.m. about The Stealth Value Investor: Ten Amazing Dividend Yield Plays Flying Under the Radar. On Saturday, Feb. 8, I will talk at 5:15 p.m. about Identifying the Real Future GameChanger Stocks: Ten Companies Positioned to Double — Even if the Bears Take Over Wall Street. Other investment experts who will be speaking include retirement and estate planning specialist Bob Carlson, income and options expert Bryan Perry and world-traveling, free-market economist Mark Skousen, who leads the Forecasts & Strategies newsletter. Register by clicking here or call 1-800-970-4355 and mention my priority code of 049252.

It has been an encouraging week for cannabis bulls, with the core group of stocks I track rallying a staggering 21 percent since the last issue of Trading Desk. Every single cannabis producer and distributor in that group joined the party. The weakest, Aphria Inc. (NYSE:APHA), reported a slight earnings miss and still surged 6 percent. When the disappointments still run rings around the S&P 500, investors aren’t really looking at the underlying companies as