Apple Inc. (Nasdaq:AAPL) revealed innovations at its recent worldwide developers’ conference that should help the company to keep growing its revenues, profits and share price while it also ascends toward an unprecedented market capitalization of $1 trillion.

The results of the developers’ conference on Monday, June 4, in San Jose, California, led the investment firm D.A. Davidson to boost its 12-month share-price target on the Cupertino, California-based technology company to $230 from $220. The increased share-price target is based on an updated discounted cash flow analysis that includes a long-term adjusted earnings before interest, taxes, depreciation and amortization (EBITDA) margin forecast of 32.0%, compared to 29.1% in fiscal year 2017.

Apple also is on track to become the first company in the world to reach a market capitalization of $1 trillion and it could happen this year. Apple’s current market capitalization of $945.1 billion is not far behind that threshold, based on the company’s share price of $192.28 at the market’s close on June 12 and approximately 4,915,138,000 shares outstanding, as of April 20, 2018, according to its latest 10-Q filing with the Securities and Exchange Commission. 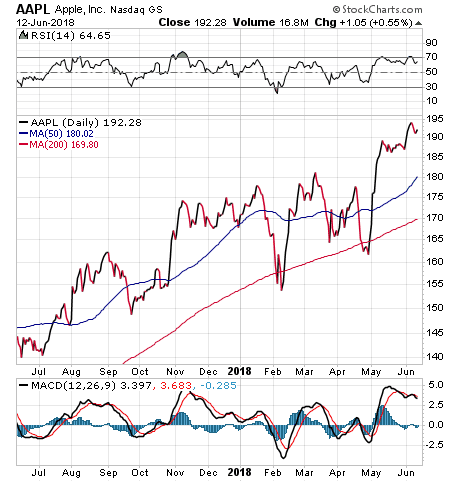 Potential catalysts that could fuel the rise of Apple’s stock during the next 12 months to reach $230 a share include stronger-than-expected operating results from the sale of iPhones; newer products such as Apple Watch and HomePod; and an accelerated repurchase effort and increase in dividends following changes to the U.S. tax code. That view, offered by D.A. Davidson technology stock analyst Tom Forte, is based on methodology that includes determining long-term profit margin structure, analyzing the cash flows based on margin forecasts and discounting the cash flow to produce his 12-month price target.

The $10 a share increase in Forte’s projected price target since his previous forecast is based on raising its long-term sales growth rate on Apple, particularly from its services and projected revenue from hardware other than smartphones, tablets and desktops/laptops. Plus, shareholders can collect a dividend that currently yields 1.56 percent annually.

Apple’s privacy-related enhancements to its operating systems, the European Union’s (EU) adoption of general data protection regulation (GDPR) and Facebook’s recent data privacy-related challenges from sharing customer data with business partners such as Cambridge Analytica present important business implications. The privacy advances could become critical for technology companies to avoid negatively impacting their business models that are based on data, as well as those heavily focused on social networking, Forte wrote in a June 5 research note.

“We see Apple’s advancements in augmented reality (AR) as a catalyst for e-commerce sales, especially in the home category, where consumers are, increasingly, able to visualize what furniture could look like in their homes by leveraging the technology,” Forte opined.

Apple’s new smartwatch operating system could intensify its competition with Fitbit for the emerging opportunity in that product line, Forte noted. Fitbit reported “impressive news” on June 4 to announce the shipment of more than 1 million Versa smartwatches since the product’s mid-April rollout and more than 2 million users for its newly launched female health tracking initiative, he added.

Investment guru Mike Turner is among those who are recommending Apple. Turner, who has Apple as a current pick in his Quick Hit Trader and Signal Investor advisory services, is profitable in both Apple positions since he recommended them in mid-May.

Dr. Mark Skousen, who edits the Forecasts & Strategies investment newsletter, is recommending Apple and related call options aimed at producing big profits in his Five Star Trader service. So far, the stock is up by double-digit percentages since he recommended it on April 10, while he has recommended the sale of a portion of the options in two separate trades for gains of 50.8 percent and 126.4 percent.

For investors who are worried Apple’s days of rising growth may be on the wane, the company’s latest innovations indicate otherwise. The company’s positive outlook, operating system advances and new products give investors compelling reasons to consider purchasing shares of Apple as the technology giant rises toward a seemingly inevitable and historic $1 trillion market capitalization. 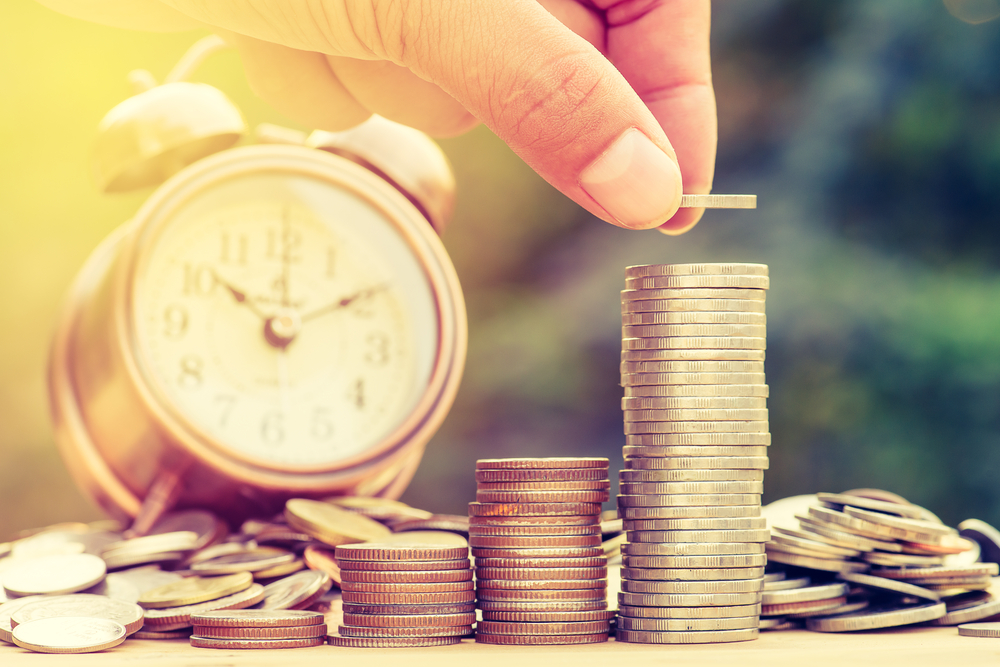 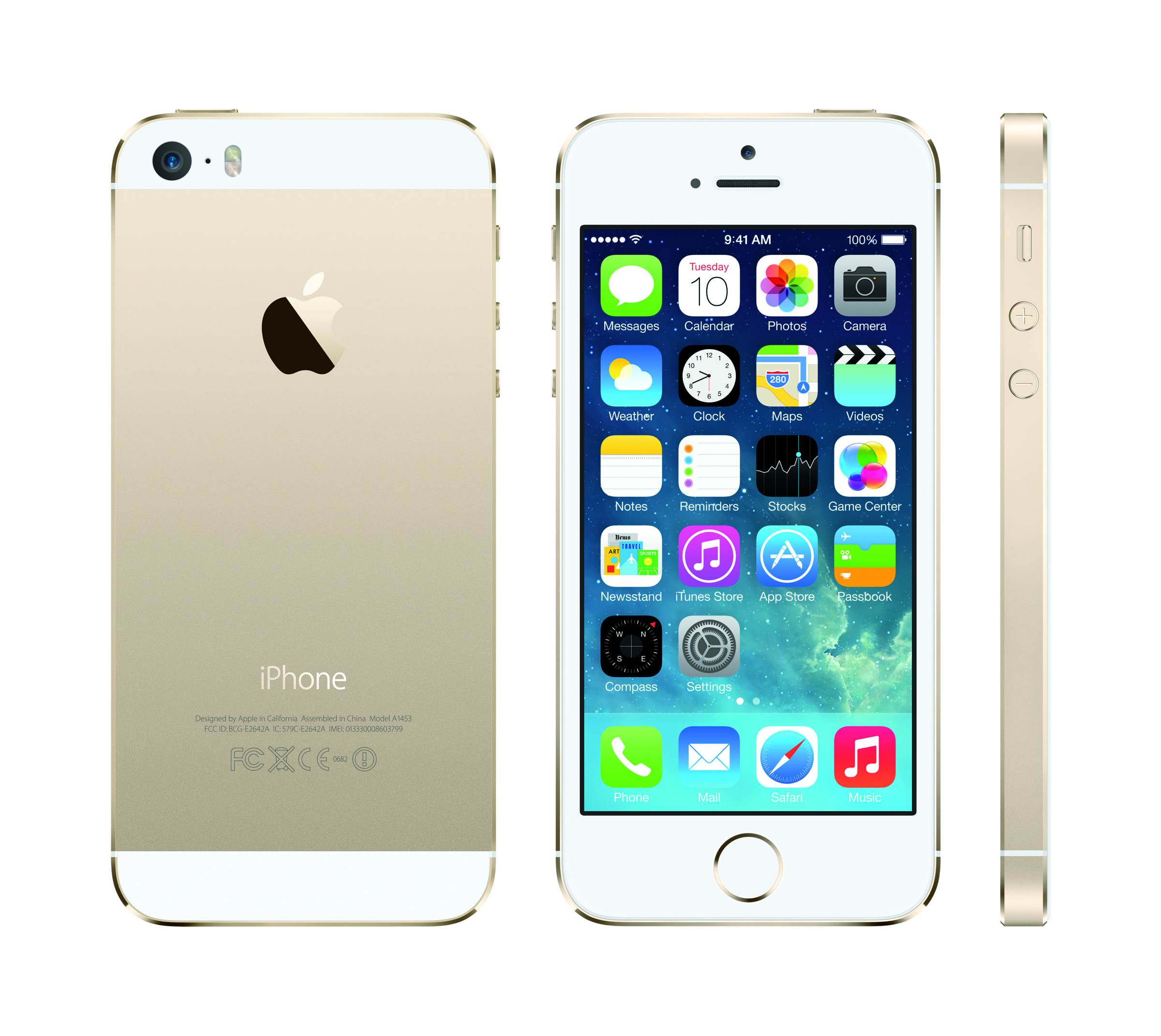