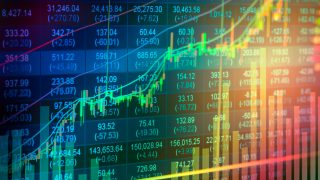 Emerging markets have been a bust so far in 2013.

While U.S. stocks have soared this year, the largest emerging market exchange-traded funds (ETFs) have fallen off a cliff over the past month or so. The iShares MSCI Emerging Markets Index Fund (EEM) is down 10.55% since the start of 2013. That compares with gains of more than 15.47% for the S&P 500.

As a result, much of the world’s “smart money” has egg on its face.

In early 2013, investment bank Credit Suisse surveyed over 500 market participants with more than $1 trillion in assets under management who all pegged emerging markets as the top-performing asset class for 2013.

After all, I chose a leveraged bet on emerging markets as my #1 pick for 2013 in the annual TheStockAdvisors.com stock-picking contest.

So right now, you probably think you’d have to be crazy to want to invest in emerging markets.

But that’s, of course, precisely the reason you should do exactly that.

The Investment Case for Emerging Markets

My recommendation that you invest in emerging markets today has nothing to do with Jim Rogers’ prediction that your granddaughter may end up as a nanny to a wealthy Chinese family in Shanghai.

And it has everything to do with your gut instinct of why you don’t want to touch emerging markets with a 10-foot pole.

So let me reveal why I expect emerging markets to rally between now and the end of the year.

1) U.S. markets’ outperformance of 26.02% versus the emerging markets over the past six months has been as wide as I have ever seen it over such a short period. Whenever things get this far out of whack, you can expect a “reversion to the mean.”

2) Technically, emerging markets are as oversold as they have been since May 2012. The last time they hit this low level, they rallied 20% over the next six months.

3) The world’s top-performing stock market in 2013 — the Philippines — has tumbled more than 20% in the past few weeks. There are riots in the streets in Turkey. The China bubble has popped and is taking commodities-based economies like Brazil and Russia down with it. Sentiment about emerging markets could hardly be worse.

How to Best Invest in Emerging Markets

As market cap weighted indexes, these mainstream ETFs favor large companies: mega-cap resource exporters and state-owned enterprises or companies that depend on exports and government policy.

In fact, a big chunk of their exposure is to the “BRICs” — Russia, India, China and Brazil, which together account for approximately 44% the weight of the MSCI Emerging Markets Index. This also explains the MSCI emerging markets index’s recent lousy performance. In 2013 alone, BRIC markets are down by an average of 14.28%.
Then I came upon an interesting and profitable anomaly.

As I was reviewing the performance of my “Ivy Plus” Investment Program at my firm Global Guru Capital over the first five months of 2013, I saw that emerging market small cap stocks avoided much of the widespread sell-off in emerging markets.

As of yesterday, the program’s allocation to emerging market small caps through the Wisdom Tree Emerging Markets Small Cap Dividend Index (DGS) has fallen only 2.02% so far this year, outperforming the iShares MSCI Emerging Markets Index Fund (EEM) by an eye-popping 8.5%.

The University of Chicago’s Eugene Fama and Kenneth French have long argued that small-cap stocks should generate higher returns than large large-cap stocks.

As it turns out, the small-cap effect applies to emerging markets, as well. In fact, recent research has confirmed that the “risk premium” — and hence the higher returns — of small caps in emerging markets is even greater than for small caps in the United States.
No wonder international small caps have been the single best-performing equity asset class over the past decade.

From its inception in 2007 through December 31, 2012, DGS ranked ninth in a group of 258 U.S. ETFs and open-end mutual funds in the diversified emerging markets category. That means it beat approximately 97% of funds in its category.

And just look at how DGS has trounced the Templeton Emerging Markets Fund, Inc. (EMF) — managed by emerging markets guru Mark Mobius — over the past five years.

So let me venture a not-so-bold prediction…

Five years from now, emerging market small caps will have substantially outperformed both the U.S. S&P 500 and the mainstream MSCI Emerging Markets Index.

And today is as good a time as any to place that long-term bet.

previous article
Pemex Oil Still Playing Monopoly at 75… But Not Much Longer; Run on Russia: Property Values on the Rise; Markets Tiptoe up to Fed Announcement Wednesday

Use this ‘Scary Indicator’ to Trounce the U.S. Stock Market 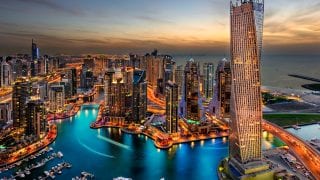 My Return to Dubai: The Middle East’s City of Gold