Dr. Carson drew Trump’s ire not due to discussing any medical matters but when the physician responded to a question from a member of the media who asked the lesser-known political newcomer if he could differentiate himself from the real estate mogul. The doctor replied by describing himself as a humble man of faith and explained he knows his blessings come from God.

“I realize where my success has come from and I don’t in anyway deny my faith in God,” Dr. Carson said.

Television news commentators hyped the comments by claiming Dr. Carson took direct aim at Trump as a man lacking in such faith but those conclusions belonged to the commentators, since the physician’s words focused on his religious beliefs rather than directly throwing verbal stones at his rival.

If Trump hopes to rally other Republicans to support him if he wins the nomination, he will need to stop taking the bait from the media when given chances to overreact about almost anything. Much can happen between now and the November 2016 general election but Trump is building a record of potentially damaging sound bites that a well-funded campaign against him could use to erode public support for his run for the presidency before Election Day.

Dr. Carson responded to Trump’s statements by apologizing for any remarks that may have suggested Trump was not a man of faith. The doctor, who is gaining support among Evangelicals, said he should have handled the question from the media about how he differs from Trump better than he did.

“I said something that sounded like I was questioning his faith,” Dr. Carson said in during a follow-up media interview. “I really wasn’t. I was really talking more about mine. But it was said in an inappropriate way, which I recognized, and I apologized for that. It’s never my intention to impugn other people.”

For his part, Trump had an opportunity to discuss his religious views, voice strong opposition to religious persecution in the Middle East and elsewhere and potentially criticize federal funding for Planned Parenthood after recent evidence that that organization is selling body parts of aborted fetuses to raise revenue. However, Trump passed up those opportunities.

Trump resorted to his usual fallback position of blasting away at his opposition by making disparaging personal comments about them. Imagine editors and news directors across the country suggesting questions for their reporters to ask to trigger the next vituperative reaction from the real estate kingpin.

Those conversations likely will be happening as long as Trump remains in the presidential race and seems prone to bash others at the slightest provocation. So far, the attacking style of campaigning is helping to lift Trump in the polls and he currently leads the Republican field handily.

But the race still is in its early stages. The next Republican presidential debate on Wednesday, Sept. 16, will let the current front runners such as Trump and Dr. Carson square off on CNN with the other top contenders for the nomination.

Dr. Carson, who lived in poverty as one of two sons of a single mother in Detroit, ultimately became the director of pediatric neurosurgery at Johns Hopkins Hospital at age 33. In 1997, he led a team in the ground-breaking separation of conjoined twins, infant boys Luka and Joseph Banda. Even though the boys were joined at the tops of their heads and posed a medical challenge that surgery never had attempted to remedy before, Dr. Carson made medical history by performing a 28-hour operation in which both brothers survived and neither suffered brain damage.

For Trump to call his Republican presidential challenger an “okay doctor” is akin to describing baseball great Joe DiMaggio as an “okay hitter.” Trump is continuing a pattern of contempt for the accomplishments and capabilities of people who disagree with him or ask him tough questions.

Dr. Carson has distinguished himself by receiving more than 50 honorary doctorate degrees, becoming a member of the Alpha Honor Medical Society and the Horatio Alger Society of Distinguished Americans, as well as serving on numerous business and education boards. Dr. Carson and his wife Candy also founded the Carson Scholars Fund, a foundation formed in 1994 to grant scholarships to young students and to promote reading.

Trump said he did not know much about Dr. Carson’s faith life, even though the retired physician gained public attention as a speaker at the National Prayer Breakfast in 2013. While President Obama sat just a few feet away, Dr. Carson began by quoting Scripture, said his role model was Jesus, criticized Obamacare and government intrusion in healthcare and suggested offering personal healthcare savings accounts at birth.

“When a person is born, give him a birth certificate, an electronic medical record and a health savings account to which money can be contributed — pretax — from the time you’re born ’til the time you die,” Dr. Carson told attendees. “When you die, you can pass it on to your family members, so that when you’re 85 years old and you got six diseases, you’re not trying to spend up everything. You’re happy to pass it on and there’s nobody talking about death panels.”

Dr. Carson overcame his impoverished boyhood through the guidance of a determined mother who encouraged him to use his brain and gain an education. He may not win the Republican nomination but he is bringing a sense of decorum, fresh ideas and firsthand knowledge of the healthcare system that recent polls indicate are gaining him support from would-be voters. He also has spoken about the need to cut the federal deficit and cited the bible’s description of tithing in some form to help do so, while eliminating loopholes.

Trump’s disrespect of Dr. Carson’s medical skills and the depth of his faith stand in contrast to the physician’s record. But as Dr. Carson once told a 10-year-old boy who asked how to attain goals, “Do your best and let God do the rest.” 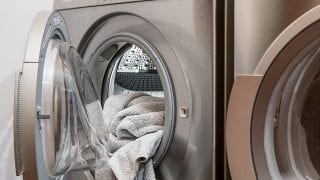 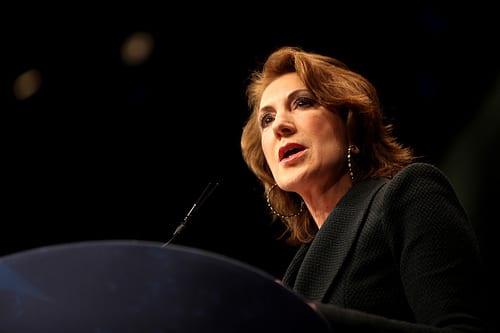 Is Bill to Tax Online Purchases Fair or Foul?

How Obama’s Attack on Investors Could Affect You

My Best Moment of 2013: Gross Output is Adopted by the Government