Have Commodities Reached a Bottom? 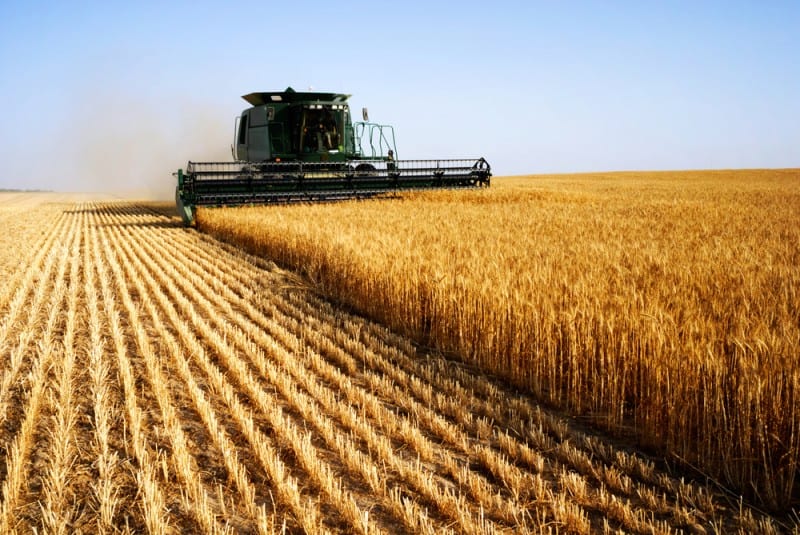 Back in March 2012, I wrote a then-controversial article — an obituary, really — on the “commodities supercycle.”

My call that commodity prices had peaked, marking an end to the commodities boom, was greeted by widespread skepticism.

As it turned out, my timing was pretty much spot on.

A glance at the chart of the Jim Rogers-inspired ELEMENTS Rogers Intl Commodity Agriculture TR ETN (RJA) below confirms this.

Of course, no investor is more identified with the “commodities supercycle” theory than Jim Rogers.

Unhappy with the make-up of the commodities indices of Dow Jones, Reuters and Goldman Sachs, Rogers set up his own index to match in 1998 — the Rogers International Commodities Index (ROCI). Rogers’ index consists of a diversified portfolio of 36 commodities, including soft commodities such as wheat and corn, hard metals like nickel and copper, animals like live cattle and lean hogs and a dash of canola and azuki beans. It’s the broadest measure of commodities out there.

The Birth of the Current Commodities Supercycle

That’s when demand for commodities world-wide began to explode. Americans needed oil to feed gas-guzzling SUVs. New McMansions gobbled up huge supplies of lumber, steel, aluminum, platinum, palladium and lead. Europeans began to mimic American lifestyles. In Asia, both Japan and Korea became one of the world’s leading importers of commodities. And, within a few years, China would become the #1 consumer of copper, steel and iron ore in the world — consuming more of both than the United States and Japan combined.

The supply side began to pressure commodities’ prices, as well. No major oil field had been discovered in the world for the last 35 years. Virtually no new mine shafts had been opened in the prior 20 years. And new sugar plantations were as rare as black swans.

The Collapse of Commodities: A Reprise

This round of global commodity demand peaked in 2012. And it has been downhill ever since.

This was due to a single factor: collapsing demand from China.

Fueled by a combination of an unprecedented investment boom in both housing and infrastructure, China’s demand for commodities surged over the first decade of the 20th century.

By building dozens of empty cities, scores of underutilized airports and thousands of bridges to nowhere, China’s level of domestic investment as a percentage of gross domestic product (GDP) hit close to 50% of its GDP — unprecedented in economic history.

Yet, those levels were no more sustainable than the same strategy was for the Soviet Union in the 1930s. In the vocabulary of developmental economists, this kind of “extensive” growth simply could not go on forever.

Well aware of this, China’s leaders shifted the government’s policy in order to rebalance the Chinese economy away from commodity-intensive infrastructure investment and exports in favor of more sustainable, albeit slower, growth based on domestic demand.

This rebalancing toward household consumption meant that China’s demand for commodities was inevitably set to plunge.

As a Credit Suisse report put it, “Getting a massage simply does not use as much steel as building an airport.”

Why Commodities May Have Bottomed

With China shifting from investment-driven growth to consumption, commodity-based economies from Australia to Brazil to Canada have had the rug pulled out from under them. Both economic growth and currencies have collapsed.

Commodity Trading Advisors (CTAs) are shutting down funds due to a combination of a lack of interest and poor investment performance. And good luck trying to get a job as a commodities trader in New York or London.

Meanwhile, investors are regaling tech “unicorns” like Uber or the publicly traded Tesla (TSLA) with lavish praise and even more lavish valuations. Tech investors are starting to party like it’s 1999 — just about the time commodities last bottomed.

In contrast, the sentiment toward commodities is awful. Market sentiment, measured by various proprietary indicators, suggests that any time investor sentiment surrounding commodities has gotten this bad in the past, the sector bottomed within 12 months. And it’s when commodities bottom that they rebound strongly and have historically embarked upon multi-year, double- and triple-digit percentage rallies.

It also is the time when corporate raiders, such as Carl Icahn, start taking stakes in companies, as he did in Freeport McMoran (FCX) — buying valuable assets on the cheap before slicing and dicing them, then selling the parts for more than the whole.

Markets can consolidate for years after a collapse. That’s why I am wary of calling a definitive bottom on commodities.

Nevertheless, there are signs that the bottom is near, if not here already.

So now is the time to start placing your bets on a leg up in a new commodities supercycle.

In case you missed it, I encourage you to read the Global Guru column from last week about the impact of the recent Canadian election on U.S. investments. I also invite you to comment in the space provided below.