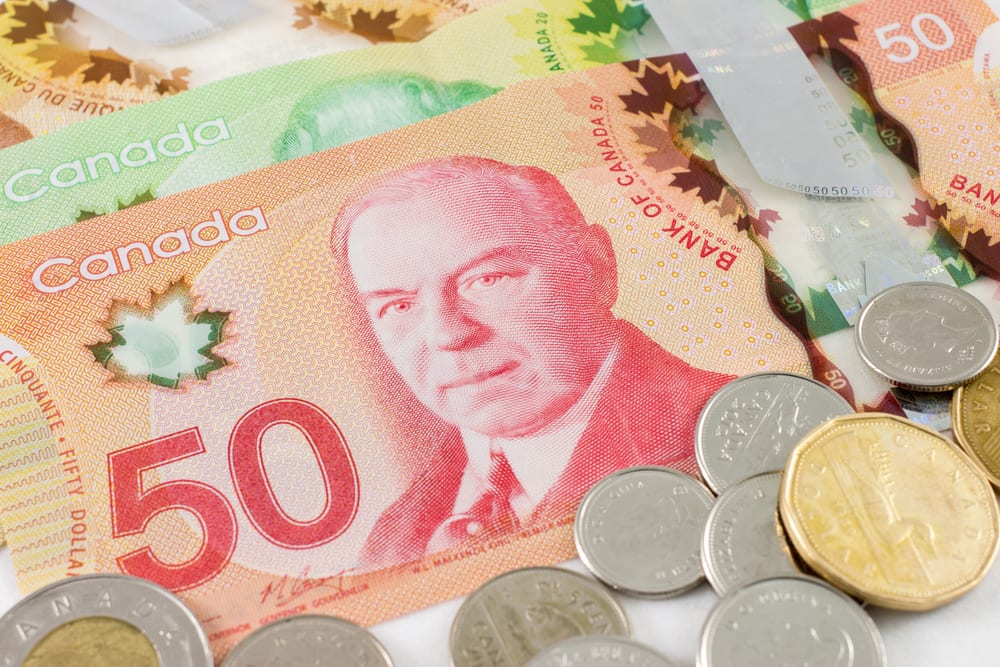 Cannabis stock investors weigh whether the best value for their money is to buy high-risk, high-reward pure play marijuana companies or the publicly traded businesses that partner with them.

Indeed, cannabis stock investors weighing the possibilities may be wise to identify and exploit temporary inefficiencies in the way each potential investment is priced. Such a decision currently is presented by a choice between Canadian marijuana stock Canopy Growth (NYSE:CGC), of Smith Falls, Ontario, and its 37 percent owner, Constellation Brands Inc. (NYSE:STZ), a brewery of beer, wine and spirits based in Victor, New York.

Constellation Brands, which offers beers such as Modelo and Corona, paid 5.2 billion Canadian dollars (US$3.9 billion) in November 2018 for its stake in Canopy Growth to ensure it has access to a source of cannabis for new adult beverages, if its business eventually requires it. In the meantime, Constellation Brands obtained exposure to one of the frontrunning, Canada-based cannabis providers in North America.

The investment already has jumped 30.77 percent in value, with the Canopy shares acquired by Constellation Brands now worth CA$6.8 billion ($5.1 billion) after closing at $41.68 on April 16. With that kind of soaring capital appreciation in Canopy Growth, Constellation Brands already has earned a smoking-hot return on cannabis without processing a single gram of weed of its own. 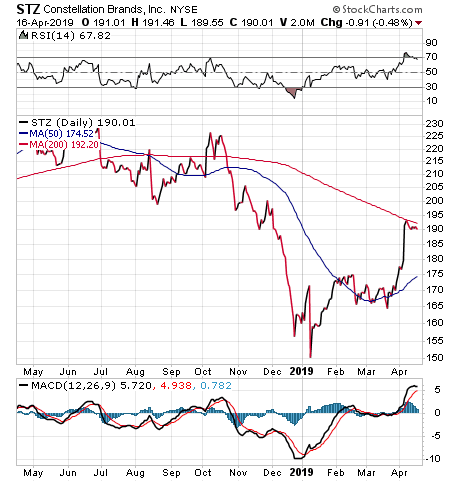 But that doesn’t necessarily make Constellation a back-door bargain to gain exposure to Canopy. An analysis shows the dividing line currently is where a share of STZ trades for the same price as roughly 3.5 CGC shares, said Hilary Kramer, a Wall Street money manager who leads the Value Authority, GameChangers, Turbo Trader and Inner Circle advisory services for individual investors.

If the STZ share is cheaper, buy STZ because you’re getting the underlying beer business plus a big slice of CGC at a discount, Kramer said. But if it’s cheaper to buy 3.5 CGC shares instead, invest in Canopy, she advised.

Cannabis Stock Investors Should Buy What They Love, Kramer Advised

With CGC at $41.68 and STZ at $190.01, Kramer said she didn’t see any advantage to using the back door. If you love the cannabis story, just buy CGC, she advised, but make sure to check out the charts to time your entry as well as you can. 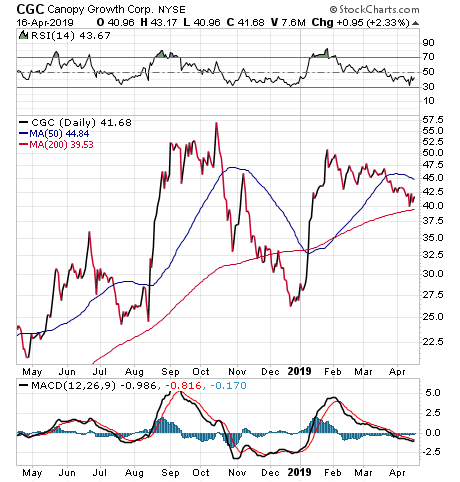 From a technical perspective, STZ is no prize right now, Kramer said. While it will rally as long as it can, the stock looks overbought and more likely to retest $170 in the immediate future before it returns to $230, she added.

“In the meantime, CGC is doing all the hard work in terms of the fundamentals,” Kramer said. “The core beer business is shrinking. The cannabis tail can only wag that big dog so much.”

Canopy Growth has given plenty of sell triggers or reasons not to buy, Kramer said. Start with the way Canopy tends to get overbought and then goes nowhere at best for months, if not years, she added.

“The best buy signals have been when CGC gets oversold and then a technical bounce builds into a full-fledged rally,” Kramer said.

Right now, Canopy Growth is not a buy from a technical perspective, Kramer opined.

Investors who want an alternative to Canopy can choose one of its smaller competitors, such as Aurora Cannabis Inc. (NYSE:ACB) and Tilray Inc. (NASDAQ:TLRY). However, the decision hinges on an investor’s strategic focus.

Each company is a sizable cannabis grower, and collectively they supply 60 percent of Canadian market. Canopy is the largest, Tilray the smallest and Aurora is in between.

Since marijuana is a commodity business, size is not the key, Kramer said. Too much expansion can result in a supply glut and price reductions, which hurt all competitors, she added.

For cannabis investors seeking the best value, consider buying on the dips. The current cannabis landscape shows no clear bargains and offers plenty of long-term risk.